Fencing –  it is a part of your house, but also not because it is out in your yard. If you have a fenced yard and that fence gets damaged, you may wonder if you have to foot the bill yourself or if your homeowner’s insurance will cover it. The answer is more than a simple yes or no, instead the answer often depends on how the fence was damaged or even how much the repair will cost in some cases. 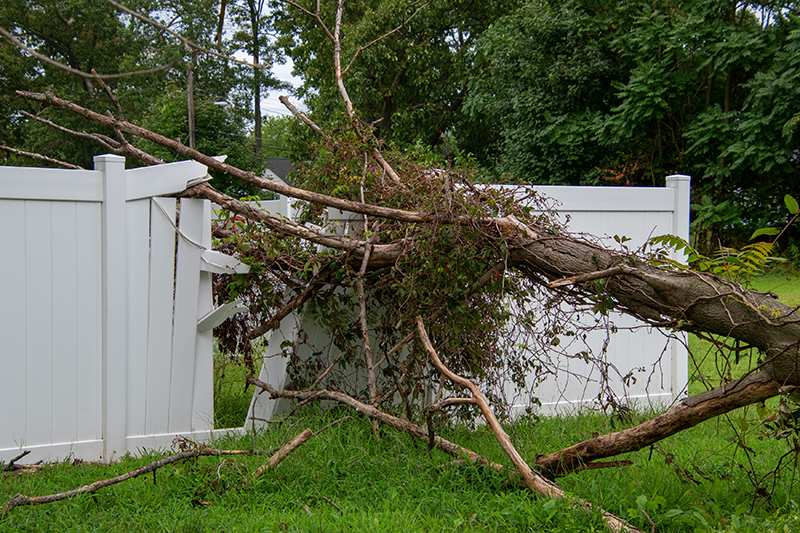 If your fence was the victim of an accident by another (such as a car running through it), neighborhood vandal, or a passing storm, then the good news is that the damage likely will be covered by homeowner’s insurance as an act that was beyond your control. However, if you damage the fence in an accident by yourself, such as running into it with a lawn mower, unfortunately you will probably have to foot the bill yourself since you caused the damage rather than someone else.

Of course, every homeowner’s insurance policy is different. Usually fences will be covered under sections that include structures other than the home itself. The tricky part of this is usually only a percentage will be able to be covered for these extra structures. If you have a $100,000 homeowner’s insurance and only 10 percent covers damage to other structures, then insurance will only cover a maximum of $10,000 worth of damage. You will need to cover anything else yourself. For fence damage, usually this is enough unless it was truly a terrible storm and you have a truly large fence. The good news is that in most fence damage, only certain sections will need to be replaced, not the whole fence. By working with a fencing company, they can help you match that section so it looks good as new without full fence replacement.

Regardless of if your fence damage will be covered by homeowner’s insurance, it will still need repaired. Ignoring the damage only allows it to get worse over time and will prevent your fence from doing its only two jobs – looking good and enclosing your yard. If you need fence repair, contact us today to see what Woodcrafters Fencing can do to help.

Decks made from wood are particularly prone to deterioration, even if the wood is pressure treated. Many people think that the best solution is to simply replace the deck, which is a costly and time-consuming procedure. Fortunately, in many cases it’s possible to repair areas of a deck without resorting to replacing the entire deck….

If you are looking to install a gate at the entrance of your property, it is important that you choose the right one. A great option that you should definitely consider is an iron gate. These gates are excellent quality, they are very versatile, and  they have several other benefits as well. Here are two…

Swimming pools are a staple in many Texas neighborhoods. The summer heat doesn’t just stick to the summer season, and having a pool in the background is one of the best ways to counteract the temperature once it reaches triple digits. But swimming pools aren’t always safe to leave unprotected in your backyard. If you…

If you are thinking about installing a fence on your property — which can be a wonderful idea if you’d like to make it safer and more secure — then you might be thinking about doing it yourself. Even though this might seem like a good idea, many homeowners find that they are better off…

If your fence is in need of repair, it is so important that you contact a professional to come and fix it for you. While it may be tempting to try to repair the fence on your own, this often is not the best solution. Here are three reasons why it is so important to…